Saariselkä is a range of fells in northern Lapland, extending from the municipalities of Savukoski and Sodankylä to Inari. Lying partly in Urho Kekkonen national park it is a wilderness of breathtaking beauty.

Saariselkä is the northernmost ski resort in the European Union. Its slopes, popular especially among snowboarders, lie on the fells Kaunispää and Iisakkipää.

Saariselkä is renowned for its excellent cross-country skiing network of almost 200km. Some of the tracks are lighted, which makes skiing possible also in the evenings. The tracks are maintained daily and they are all clearly marked routes. There's a dense network of wilderness cabins along the routes, providing the skiers with the possibility to rest for instance by having a snack by a fireplace.

The holiday cabin Naavakolo locates in the very vicinity of the national park, in the Luttorinne cabin village. The closest lighted track leaves only 100m from the front door and Saariselkä center is 2km from the cabin. 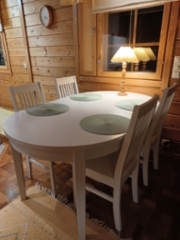 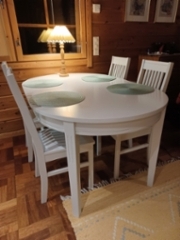 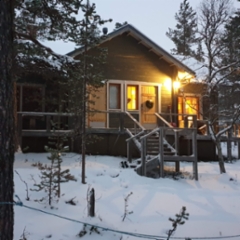 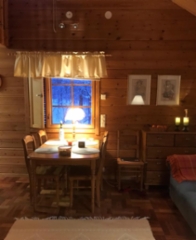